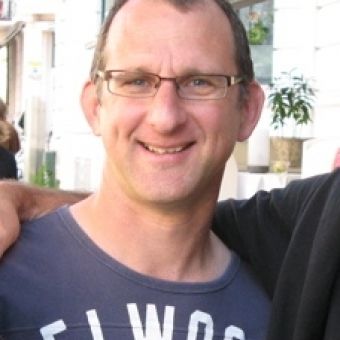 My research interests span the lithosphere, biosphere. and atmosphere, across a broad range of disciplines relating to early Earth, from global tectonics to early life, and pretty much everything in between. This work has been achieved through multi-disciplinary collaboration with researchers from around the world and is published in 148 papers, 34 geological maps, 4 books, and three popular science articles that have had significant impact (Google Scholar h-index of 50; 8837 citations).

I joined UNSW at the start of 2012, after almost two decades in government geological surveys. At UNSW, I supervise a team of Higher Degree Research students, annually present two undergraduate courses (GEOS2131 Field Methds and mapping, and GEOS3171 Earth Structures), and act as the director of the Australian Centre for Astrobiology (https://www.aca.unsw.edu.au/), as well as UNSW's Big Questions Institute (http://bqi.unsw.edu.au/). In 2017-2018 I was the Head of the School of Biological, Earth and Environmental Sciences, the largest school in the Faculty of Science and relinquished the position in order to devote time to my newly awarded ARC Discovery Project.

Transformative science breakthroughs include the recognition of the oldest Wilson Cycle associated with a 3.2 Ga onset of modern-style plate tectonics, a plume-related origin for Archean crust of the Pilbara and Kaapvaal cratons, a hydrothermally-dominated volcanic caldera setting for the earliest convincing evidence of life on Earth, the co-discovery of the world’s oldest stromatolites in 3.7 billion-year-old rocks from West Greenland, secular changes in the tectonics of Earth, and remains of organic matter trapped in 3.5 billion-year-old stromatolites.

Our group’s research on early life has established a connection between the earliest putative fossil remains and low-temperature hydrothermal systems (including terrestrial hot springs), and recognised that life in the early Archean was already diverse, occupying different niches. Through mapping and collaborative laboratory research, we have developed new and comprehensive geological models for the environments of Earth’s oldest fossils. This research has also helped to establish the biogenicity of ancient fossils, through a wide variety of tests based on field and laboratory studies in collaboration with experts from around the globe. The results have been widely published in major journals and have been used in the search for life on Mars in collaboration with NASA scientists. In August 2019, I led the science mission teams for both NASA’s Perseverance and the European Space Agency’s ExoMars rover teams on a week-long fieldtrip through the Pilbara as training for their upcoming exploration of the Red Planet (see links at bottom of this page).

I am a regular invited keynote speaker at international conferences and have presented for many television documentary programs, including BBC’s Stargazing Live program, ABC TV’s QandA program, and many others. In 2016, I and my PhD student Tara Djokic, were the feature scientists for an hour-long 3-D IMAX movie, Earth Story, released globally in 2018-19. Tara’s research was also highlighted in a TedX talk that has received half-a-million views.