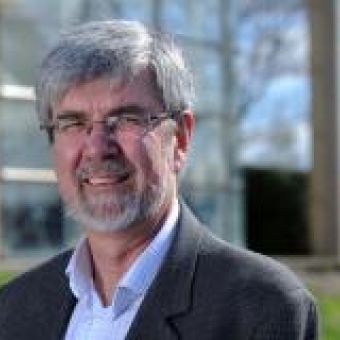 John Church was a research scientist with CSIRO from 1978 to 2016, and in the 1990s he was the initial leader of the ocean climate program in the then Division of Oceanography. He helped establish the predecessor of the now Antarctic Climate and Ecosystems Research Centre.  He was promoted to CSIRO Fellow in 2010. He also had sabbatical visits to the Woods Hole Oceanographic Institute and the Southampton Oceanography Centre.

John Church has published across a broad range of topics in oceanography. His early work focussed on observations and modelling of continental shelf dynamics and large-scale observational oceanography.  His focus for the last two decades has been the role of the ocean in the climates system, particularly anthropogenic climate change. He is an expert in estimating and understanding global and regional sea-level variability and change, and the Earth’s energy budget. This work focusses on analysis of in situ and satellite observations and on the analysis of global climate and ocean models.

He has made major contributions to the international climate researchover many years through membership and chairing of the Scientific Steering Group of the World Ocean Circulation Experiment and the Joint Scientific Committee of the Wold Climate Research Programme and contributions to the Global Climate Observing System. He was co-convening lead author for the Chapter on Sea Level in the Intergovernmental Panel on Climate Change Third and Fifth Assessment Reports and an author on the IPCC AR5 Synthesis Report.

He is the author of over 150 refereed publications, over 100 other reports and co-edited three books. He has had a high media profile in Australia and internationally for many years.  He was awarded the 2006 Roger Revelle Medal by the Intergovernmental Oceanographic Commission, the 2006 CSIRO Medal for Research Achievement, the 2007 Eureka Prize for Scientific Research, the 2008 AMOS R.H. Clarke Lecture, the 2017 AMOS Morton Medal and the 2019 BBVA Frontiers of Knowledge Climate Change Category Prize. He is a Fellow of the Australian Academy of Science, the Australian Academy of Technological Sciences and Engineering, the American Meteorological Society and the Australian Meteorological and Oceanographic Society.