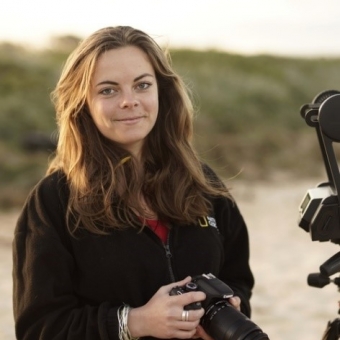 Operation Crayweed: Restoring a habitat-forming seaweed along an urbanized coast

Abstract: Worldwide, the decline of habitat-forming species is accelerating. Whilst the development of successful rehabilitation techniques in terrestrial, coral reef, seagrass, saltmarsh and mangrove habitats is now relatively advanced, there is a disparate lack of focus on macroalgal habitats, despite similar global declines and ecological importance. P. comosa is a marine “foundation” species that has gone locally extinct along 70km of the Sydney coastline, fundamentally changing local biodiversity. Recent developments in relatively low-cost restoration techniques have shown that transplanted P. comosa can survive and reproduce in Sydney, stimulating plans for a large-scale program to restore P. comosa forests at the scale of the original disappearance. However, these efforts are hampered by a lack of knowledge of underlying genetic patterns that are vital to design restoration programs and measure their success. We are using single nucleotide polymorphisms (SNPs) to characterise the genetic structure and diversity of remaining populations of P. comosa, at both a fine scale close to Sydney and more widely along the entire species’ range. For each alga, we collect matching data on morphology, photosynthetic activity and signs of herbivory, disease and bleaching. We are also surveying associated biodiversity and ecosystem function to identify potential links between genetic structure, individual phenotype and ecosystem-level effects. These results will be used to design a restoration program which maximises survival, condition, reproductive output, associated biodiversity and ecosystem function, creating resilient underwater forests that flourish in the future.