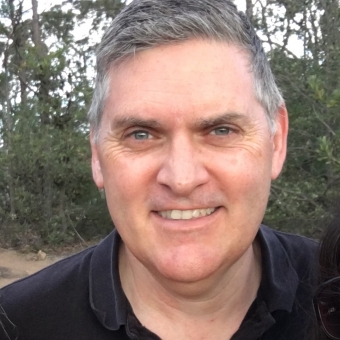 Where do we come from? What does it mean to be human? How can the study of the past inform us about who we are today and where we might be going as a species? Questions like these are at the core of my research as well as the wide ranging science communication work I undertake.

My research into human origins focuses on the physical (fossil human) and archaeological (ecological/cultural) evidence of our past. My interest has been on the human genus (Homo), covering some of the earliest members of the human branch dating to more than 2 million years old up till the evolution of our own species (Homo sapiens, or modern humans) over the last 200,000 years. While I have worked with many collaborators at various institutions in Australia, China, South Africa, Kenya, the U.K. and Malaysia (Sarawak) over the past (almost) twenty years, I presently focus my work on understanding humans origins in East/Southeast Asia and Australasia, spanning the last million years or so.

In Southwest China, with Prof. Ji Xueping of the Yunnan Institute for Cultral Relics and Archaeology and colleagues from other institutions in China and Australia, I have been studying various groups of human/pre-human that lived in the region. In 2012 and 2015, we published evidence for the 'Red Deer Cave people', archaic humans that survived until just 10,500 years ago and interacted, probably interbred, with modern humans. Three of our publications on the subject have been published in open access journals and can be accessed for free: PLoS One 2012, Scientific Reports 2015 and PLoS One 2015.

My research in Borneo with colleagues from the Sarawak Museum Department has focused on excavating a new Late Pleistocene archaeological site in the iconic Niah National Park (the Trader's Cave) as well as reanalysing the oldest human remains in Southast Asia including the 'Deep Skull' dated to ~35,000 years old.

During the first half of my career, I undertook research in Africa focussing on early hominins belonging to the genus Homo. Working with the late Professor Phillip Tobias, I studied in detail fossils from various caves, including the most complete early Homo cranium from the region, Stw 53 from Sterkfontein. In 2010, I named the new species Homo gautengensis for southern African early Homo cranial and dental fossils. With various collaborators, I have also worked on determining the geologcial age of many important fossil sites in South Africa, and have co-published the most detailed chronological framework for early human evolution in the region.