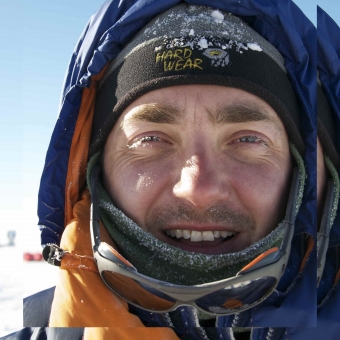 Chris is a recently completed Australian Research Council Laureate Fellow and Professor of Climate Change and Earth Science at the University of New South Wales. Working across the globe, Chris is extending historic records back to 130,000 years ago to improve projections of future climatic and environmental change.  Chris is Director of Earth and Sustainability Science Research Centre (ESSRC) and is Director of the Chronos 14Carbon-Cycle Facility. He is also UNSW Node Director of the Australian Research Council Centre of Excellence for Australian Biodiversity and Heritage (CABAH) and is a member of the International radiocarbon Calibration group (IntCal). To help do something positive about climate change, he set up a carbon refining company called CarbonScape which has developed technology to fix carbon from the atmosphere and make a host of green bi-products including sustainablly-produced graphite for batteries. As part of this work, Chris set up and co-ordinates the international Earth's Past Future Project. Chris co-ordinates and teaches on GEOS3761 ‘Environmental Change’.

Chris has over 30,000 citations listed in Google Scholar with an h-index of 58 (52 reported in Scopus) and a Scopus Field-Weighted Citation Impact of 8.7 – that is, outputs have been cited over 8.7 times the world average for similar publications. These statistics have been generated from over 200 scientific papers (10 papers in Nature and Science, 1 in Science Advances, 3 in the Proceedings of the National Academy of Sciences, 3 in Nature Geoscience, 5 in Nature Communications), 1 textbook and 5 books. Described by the UK Saturday Times as the ‘new David Livingstone’, Chris’ team communicate their findings in the field as Intrepid Science, reporting discoveries when they happen, where they happen. Chris has received numerous awards, including the Australian Academy of Sciences Frederick Stone Award (2014), the Geological Society of London’s Bigsby Medal (2009), the Philip Levehulme Prize (2008), and the inaugural Sir Nicholas Shackleton Medal (2007) from the International Union for Quaternary Research (INQUA).

I am a British and Australian Professor of Climate Change and Earth Science in the School of Biological, Earth and Environmental Sciences at the University of New South Wales (UNSW), Sydney. This is the premier national department in Geography and Earth Sciences as assessed in the most recent Excellence in Research Assessment (the Australian equivalent to the UK Research Excellence Framework). I am passionate about effective and supportive leadership, and am currently Director of the School’s Palaeontology, Geobiology and Earth Archives Research Centre (PANGEA) and Director of the new cross-faculty Chronos 14Carbon-Cycle Facility. I am also the UNSW Node Director of the $34 million Centre of Excellence in Australian Biodiversity and Heritage (CABAH), a multi-institutional national programme investigating the archaeological, anthropological and environmental history of the Sahul. The Centre of Excellence aims to extend the instrumental record by exploiting natural archives to place contemporary environmental and climate changes in a long-term context, including identifying the trends, drivers and impacts of past and future trends. Prior to these roles I held a prestigious Australian Research Council Laureate Fellowship.

My research cuts across traditional discipline divides, and is focussed on reducing the uncertainties over future projected change and their impacts. To achieve this aim I joined UNSW in 2011 as a Laureate Fellow where I established a highly-productive research team pioneering new ways of integrating natural environmental archives with instrumental observations and Earth system modelling. Building on these efforts I established and lead the international consortium known as Earth’s Past Future (www.earthspastfuture.com). My work continues to involve developing international, interdisciplinary research programmes that extend from the tropics to the poles, and communicating the importance of this work to decision and policy makers. In these and other roles I play a leading role in fostering and developing interdisciplinary research and education within UNSW and internationally.

I am an Earth scientist with expertise in the causes and impacts of environmental and climate change. With a focus on the Antarctic but spanning the poles to the tropics, I lead a large research team exploiting records of past extreme events to reduce the uncertainties of future change.

I co-ordinate and teach on GEOS3761 ‘Environmental Change’.