Many Australian frogs may not have been as devastatingly impacted by last summer’s fires as feared – but scientists need more data to assess the impact further.
UNSW Media / Australian Museum Media | UNSW Newsroom 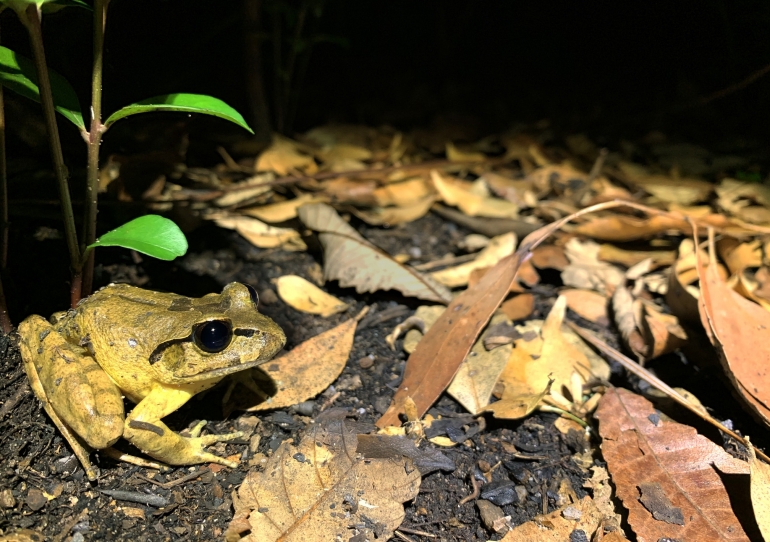 New research from the Australian Museum (AM) and UNSW Sydney published today in Conservation Science and Practise reveals that many frog species in southeastern Australia have initially survived following the unprecedented bushfires in late 2019 and early 2020. By area burnt, this fire season was the largest in southeastern Australia since European occupation and as a result, it had a dramatic impact on biodiversity, including frogs.

Frogs are one of the most threatened groups of animals on earth and face many risks, including the growing threat of fires due to the climate crisis.

“However, we don’t know enough about frogs’ response to fire, and there are limited studies on the impact of fire on Australian frogs – so we urgently needed real-time data to understand how frogs fared after the fires, and to make sure we manage their conservation effectively,” said Dr Jodi Rowley, lead author of the paper and Chief Scientist of FrogID.

The massive size of the fire zone made it nearly impossible for scientists alone to survey for frogs from southern Queensland through NSW and Victoria to Kangaroo Island in the months after the fires. However, by working with a team of thousands of citizen scientists using FrogID, scientists at the AM and UNSW were able to reveal that many frog species have remarkably persevered in the short run through the fire events.

FrogID is the AM’s flagship national citizen science project that enables anyone to record and upload frog calls, along with time and location data, using a free app. By matching each FrogID record with satellite data on the fires, scientists were able to get a snapshot of the short-term persistence of frog species across southeastern Australia, up to four months after the 2019/20 bushfires.

“This research is really positive news, but the full impacts of these fires on Australian frogs will not be evident for some time,” said Dr Rowley. “The ability of Australian frogs to recover from this catastrophic event is unclear, particularly when you consider all the threats faced by frogs - including habitat modification, climate change, and disease, to name just a few. Continued use of FrogID, combined with scientific surveys, will allow a greater understanding of the impact of the fires on these frog species in the immediate aftermath and further into the future. So, keep on recording frogs, Australia!”

Dr Corey Callaghan, postdoctoral research fellow at UNSW and co-author of the study, said this research provided a new understanding of how frogs respond to fire, illustrating the value of citizen science in collecting large-scale and rapid observations in response to the climate crisis and related natural disasters like bushfires.

“Citizen science data is rapidly advancing our ecological knowledge. This research is a unique case, demonstrating the ability of citizen scientists to provide data that furthers understanding of biodiversity responses to bushfires,” Dr Callaghan said.

Help is needed to record Australia’s frogs more than ever following the ‘Black Summer’ bushfires. Australians can do their part by participating in the nation’s biggest frog count, FrogID Week, from 6-15 November 2020. Anyone can take part and it is easy to get involved. Simply download the free FrogID app and head outside to listen for frogs. When you hear a frog, record the sound with the FrogID app and submit it to the FrogID program. Find out more at www.frogid.net.au.