Mulgara on the move: Tassie Devil relative to establish a stronghold in NSW

A small, carnivorous marsupial related to the Tasmanian Devil has been reintroduced to a NSW national park, more than a century after being declared extinct in the state.
UNSW Media | UNSW Newsroom

For the first time, scientists have re-introduced crest-tailed mulgaras at the UNSW-led Wild Deserts project area within Sturt National Park in far-west NSW. The team’s aim is to establish a self-sustaining population of these animals – close relatives of the Tasmanian Devil – in the corner of the State, safe from cats and foxes.

The Wild Deserts project, a collaboration between UNSW Sydney, Ecological Horizons and the NSW Government, has established two exclosures, Thipa and Mingku. In both areas – measuring 2,000 ha each – the researchers have removed all cats, foxes and rabbits. Mingku, the southern exclosure named after the word meaning happy in the Maljangapa language, will be the 19 mulgaras’ new home.

Mulgaras are a ferocious predator much like their Tasmanian Devil cousins and will tackle almost anything smaller than themselves, including insects, reptiles and other small mammals. 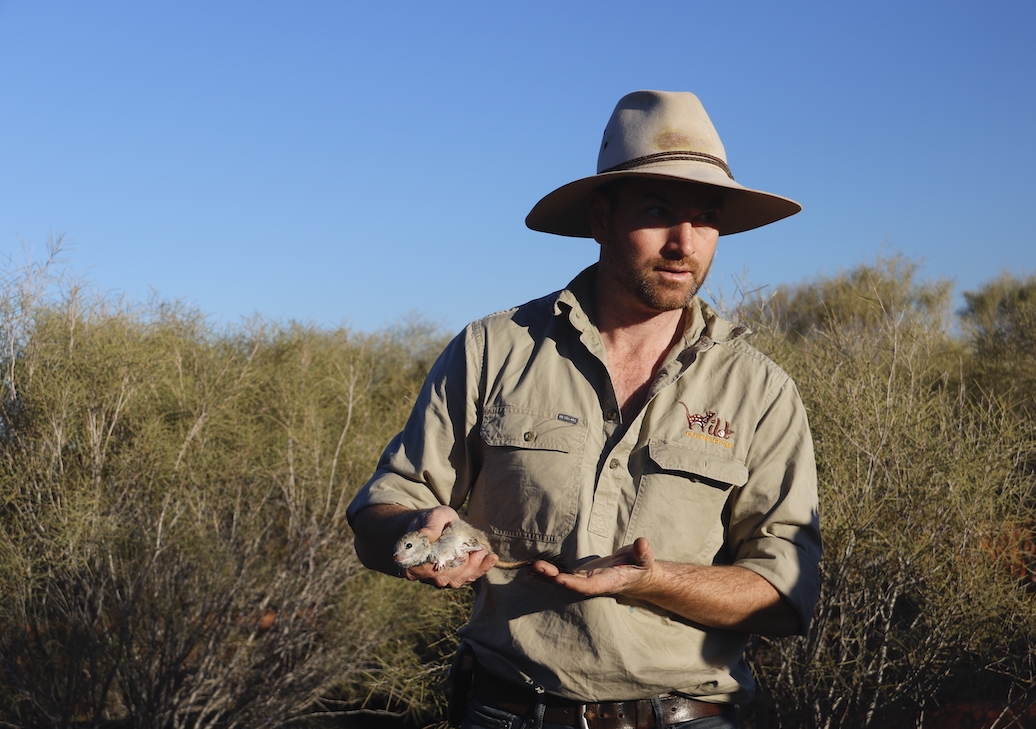 “Crest-tailed mulgaras were once widely distributed across sandy desert environments in inland Australia, but introduced pests, including rabbits, cats and foxes, have contributed to their decline,” he said.

“Before this discovery, the animals had been presumed extinct in NSW for more than a century and they are still listed as extinct in NSW under the Biodiversity Conservation Act,” Prof. Kingsford said.

However, despite extensive monitoring since this discovery, the team have been unable to find evidence that a population of mulgara established within the Wild Deserts area, so a reintroduction has been conducted. After today’s release, the researchers will monitor the animals in the predator-free exclosure.

“We hope the mulgaras will establish a long-term viable population – and we hope to see them expand into the wider Wild Deserts area within Sturt National Park,” Dr Rebecca West, the Wild Deserts ecologist, said.

“We are really excited about this reintroduction. The species has been expanding its population in adjacent South Australia after rabbit populations declined. Establishing a population in New South Wales will be wonderful.” 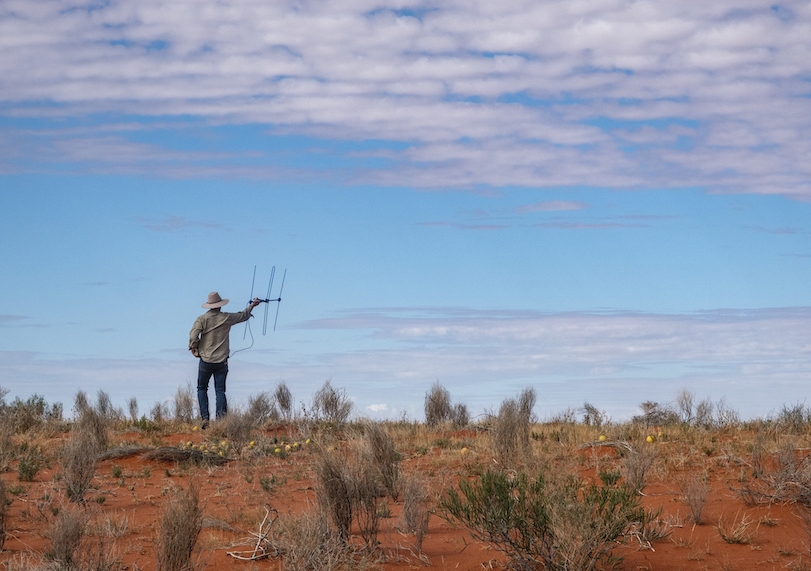 Recent rains have had a positive impact on the vegetation, meaning there are now more small mammals, insects and other prey present for the crest-tailed mulgara.

“The rain has been fabulous, really kick-starting the ecosystem after prolonged drought, and creating ideal conditions for these reintroductions,” says Dr Reece Pedler, co-ordinator of the Wild Deserts project.

“The mulgara’s return will be important to re-establishing a healthy desert ecosystem at Wild Deserts: we currently know little about crest-tailed mulgara biology and breeding in the wild, so the project will contribute to both species knowledge and recovery.”

Prof. Richard Kingsford says the team has been waiting for the rains to make this reintroduction possible. “Now we have everything in place, with a great team on the ground to maximise our learnings of these reintroductions in the restoration of this desert ecosystem,” he says.

The mulgaras’ release is the first of seven mammal species to be reintroduced to the Wild Deserts site, as part of the NSW Government’s wider Saving our Species program (SOS). Future species releases will include greater bilby, burrowing bettong, western quoll and western barred bandicoot.

“Australia has the worst mammal extinction rate in the world.  The NSW Government is turning back this tide of extinctions by reintroducing 13 threatened mammal species into a network of secure feral predator-free areas in which populations of animals like the mulgara can again thrive.

“Small marsupials like the crest-tailed mulgara have borne the brunt of feral cat predation, which wipes out 1.4 billion native animals every year across Australia,” Minister Kean said.

“This is the first ever translocation of crest-tailed mulgara. It’s exciting to be re-establishing this animal back in NSW through a partnership between UNSW’s Wild Deserts and the NSW National Parks and Wildlife Service.

“As a micro-predator, the Mulgara plays a critical ecological role.  This project is not just about saving the mulgara, it is also about helping to restore the health of the desert ecosystems in Sturt National Park,” Minister Kean said.

Photos and videos are available on Dropbox.